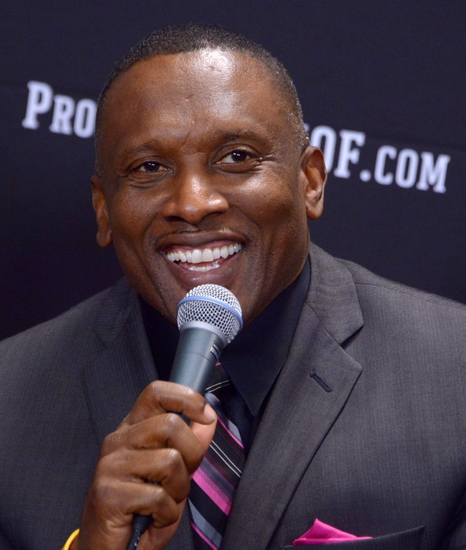 Tim Brown is a former American football wide receiver. He played college football for Notre Dame, where he won the Heisman Trophy, becoming the first wide receiver to win the award. He spent sixteen years with the Los Angeles/Oakland Raiders, during which he established himself as one of the NFL's most prolific wide receivers. His success with the Raiders organization earned him the nickname Mr. Raider. Brown has also played for the Tampa Bay Buccaneers.

On January 31st, 2015 Tim Brown was inducted into the Pro Football Hall of Fame.

In 1995, Brown became the National Chairman of Athletes & Entertainers for Kids and the related 9-1-1 for Kids. These efforts have helped over five million children and teens through mentoring and educational programs.

As of 2013, Brown has been the General Manager and Co-Owner of the Texas Revolution of the Indoor Football League in his home state of Texas and was an analyst for ESPN College Football. Brown also hosts a weekly sports-talk show on WRDI.