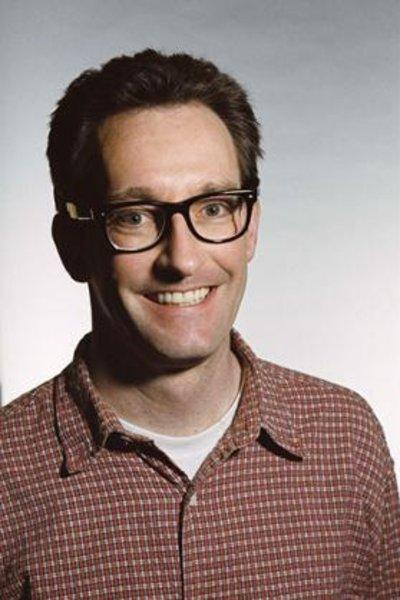 The notable voice actor is familiar to Nick viewers as the voice of “Dog” in CatDog, and “Heffer” on Rocko’s Modern Life. Kenny will return to O-Town as “Heffer” in the all-new original TV special based on the classic ‘90s hit, Rocko’s Modern Life: Static Cling, currently in production at Nickelodeon. He has been the recipient of two Annie Awards for his voice work on SpongeBob SquarePants and Adventure Time.

Kenny’s additional television voice work includes “Lumpus the Moose” on Camp Lazlow and “Eduardo” on Foster’s Home for Imaginary Friends.  He has also been a regular cast member on the animated series Super Robot Monkey Team, My Gym Partner is a Monkey, Handy Manny, Futurama, Dexter’s Laboratory, Johnny Bravo and Powerpuff Girls.  Additionally, he currently lends his vocal talents to television series’ Adventure Time, Wordgirl, Ultimate Spiderman, Hugglemonsters, and Brickelberry. In film Kenny’s voice can also be heard as various robots in Transformers-Revenge of the Fallen and as “Rabbit” in Winnie the Pooh.

In addition to his prolific voice work, Kenny has appeared as a standup comic on such television shows as The Late Show with David Letterman, Late Night with Conan O'Brian, Premiere Blend and Comic Strip Live.

Kenny was a regular cast member of HBO’s critically acclaimed sketch program Mr. Show with Bob and David and appeared as the office loser “Persky” on Just Shoot Me.  He has also guest-starred on The Drew Carey Show, Brotherly Love and Unhappily Ever After.  Kenny made on-camera appearances as well as the evil “Binky the Clown” in the cult film Shakes the Clown, and starred alongside his wife in Smashing Pumpkins’ award-winning music video for “Tonight, Tonight.”