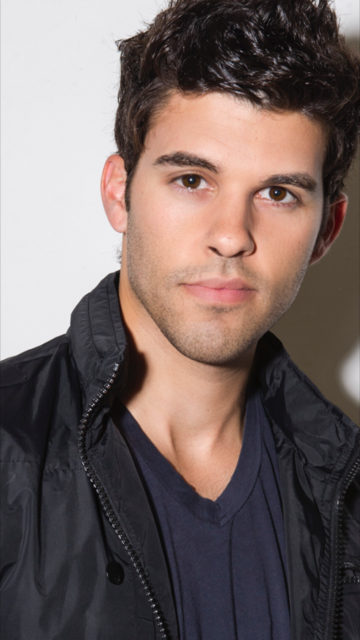 Steven Krueger grew up in Sarasota, FL. As he entered his freshman year of high school, his mother insisted that he try acting.  He was reluctant, but after his first day in Acting I, he knew his mother was right.  He absolutely loved it.  He began to immerse himself in extracurricular activities in the arts. Ultimately he graduated high school, choosing to attend the University of Virginia with an eye on law school.

Halfway through his first year at UVA, Steven’s mother fell ill and passed away a month later.   The entire family, including his father, agreed that allowing his Aunt and Uncle to become surrogates for him and his brother was the best solution.  To this day, Steven treats his Aunt and Uncle as parents.

Steven stayed in college and, in a twist of fate one summer, found himself in Los Angeles for a prestigious internship at a law firm.  It was then that he realized he simply couldn’t ignore his passion for acting.  He began studying with a number of prominent acting coaches and by a stroke of luck, met his current manager, Chi Lo with Allen Edelman Management.  Steven and Chi proved to be a dynamic team and within a few months Steven had landed his first job, a role on the second season of CW’s “90210.”  He continued working and less than a year later Steven caught his first break with a recurring role on “Pretty Little Liars.”

In a relatively short amount of time, he has gone on to build a strong resumé that includes guest appearances on “Workaholics,” “Two and a Half Men,”  “Hawaii Five-0,”  “Anger Management,” and the lead in a television movie entitled, “A Surrogate’s Nightmare.”

Currently Steven is making his mark as a series regular playing vampire Josh Rosza  on the CW hit series “The Originals”.  He also played a supporting role in Sony Pictures’ “Goosebumps”, an adaptation of the book series by R.L. Stine; as well as the lead in the  films “Satanic.”