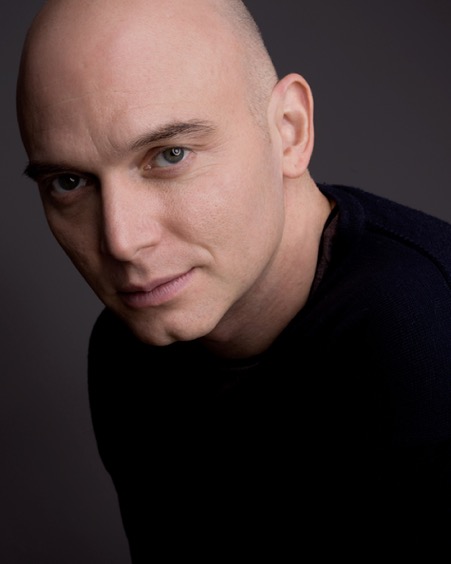 MICHAEL CERVERIS may be best known to fans for his five seasons as the "Observer" code-named "September" on J.J. Abrams popular FRINGE series.  He joins THE TICK for its Amazon series debut as "Ramses IV" and he will be spending next season terrorizing GOTHAM on Fox.  He also spent several seasons as "Marvin Frey" on HBO's TREME, as well as "State Attorney James Castro" on THE GOOD WIFE, and British rocker "Ian Ware" on television's FAME series.  He will also return to television in Steven Soderbergh's groundbreaking HBO series MOSAIC.  His films include the cult hits STAKE LAND, CIRQUE DU FREAK: THE VAMPIRE'S ASSISTANT, and THE MEXICAN opposite James Gandolfini with Brad Pitt and Julia Roberts.  Michael is a two time Tony Award winner and recipient of Grammy Awards for two Original Cast Albums.  Called "arguably the most versatile leading man on Broadway," he has starred in ten Broadway shows, including THE WHO'S TOMMY, SWEENEY TODD, ASSASSINS, and most recently FUN HOME, based on Alison Bechdel's celebrated graphic novel memoir.

Over the years, Cerveris has received the Lucille Lortel Award, Outer Critics Circle Award and Theater World Award along with five Tony nominations.  Cerveris also has a long career as a musician.  He was guitarist in punk icon Bob Mould's touring band on his 1998 US/UK tour and has shared stages with Pete Townshend, Frank Black of the Pixies, The Breeders, Teenage Fanclub and Stone Temple Pilots.  He has released two solo albums, Dog Eared and Piety.  He tours and records with his Americana band, Loose Cattle, who have released a live debut album, North of Houston, and the vinyl Pony Girl 45, all from Low Heat Records. These days, he divides his time between work in New York and home in New Orleans.