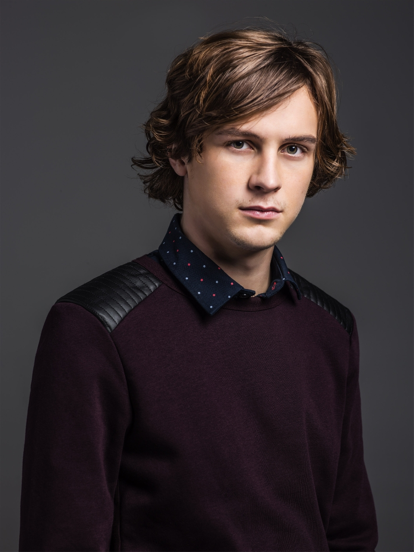 - Logan recently landed the lead role in the Imagine Entertainment feature, YOU CAN CHOOSE YOUR FAMILY. He recently wrapped a lead in the Fox film SIMON VS THE HOMO SAPIENS AGENDA. Named one of The Wrap’s "Ten Breakout Stars" for his two films at Sundance last year,  -Logan Miller recently wrapped production on Ry Russo Young's feature adaptation of the best-selling novel BEFORE I FALL opposite Zoey Deutch, Halston Sage and Diego Boenta as well as the DreamWorks feature A DOG’S PURPOSE opposite Britt Robertson and Dennis Quaid. He also completed the independent feature THE SCENT OF RAIN AND LIGHTNING opposite Maika Monroe, Maggie Grace and Mark Webber, and the indie thriller THE WAITING opposite Keir Gilchrist and James Caan. Logan was last seen starring opposite Tye Sheridan in Paramount’s horror comedy SCOUTS GUIDE TO THE ZOMBIE APOCALYPSE as well as the ensemble drama THE STANFORD PRISON EXPERIMENT alongside Billy Crudup, Ezra Miller, Michael Angarano and Olivia Thirlby, which premiered in competition at Sundance and was acquired by IFC Films. Also at Sundance, he played the lead role of ‘Ryder’ in Matt Sobel’s feature debut TAKE ME TO THE RIVER, for which IndieWire stated “the standout discovery is newcomer Miller”. His feature credits include Kelly Reichhardt’s NIGHT MOVES opposite Dakota Fanning, Jesse Eisenberg and Peter Sarsgaard which premiered at Venice, PLUS ONE opposite Rhys Wakefield and Ashley Hinshaw which premiered at SXSW, and DEEP POWDER opposite Shiloh Fernandez and Haley Bennett which premiered at Tribeca. Logan broke out as the young Matthew McConaughey in New Line's comedy GHOSTS OF GIRLFRIEND’S PAST, starred as the lead of Disney’s hit series I’M IN THE BAND and currently voices the role of ‘Sam’ in the animated series ULTIMATE SPIDER-MAN.