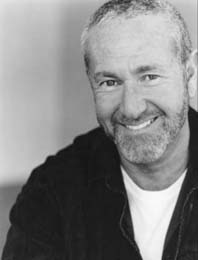 Named one of the "Top 13 All Time Voice-Over Artists" by Animation Magazine and "Voice of the Decade" by Animation World News, Adler is at the undisputed top of the animation world. Emmy Award winning Dialogue Director, two-time Annie Award nominee (acting) and Casting Director Charlie Adler is one of the industry’s most formidable and sought after talents.

As a Voice Actor, Adler has appeared as series regular in over 100 animated series often playing opposite himself. He was twice nominated for an Annie Award for his multiple roles as Cow, Chicken and the Red Guy in the Emmy Nominated series “Cow and Chicken."  Some other notable characters of Adler’s are Buster Bunny in Steven Spielberg's “Tiny Toon Adventures,” Ickis in “AAAHH!!! Real Monsters” and Ed and Bev Bighead in “Rocko’s Modern Life.” He has also been a “Smurf,” was an original “G.I. Joe,” an original “Transformer,” a “Glow Friend,” was 3 roles in original “My Little Pony “and was thrilled to be in Ralph Bakshi’s cult classic “Cool World” playing opposite Kim Bassinger and Brad Pitt as Nails, the neurotic sidekick.