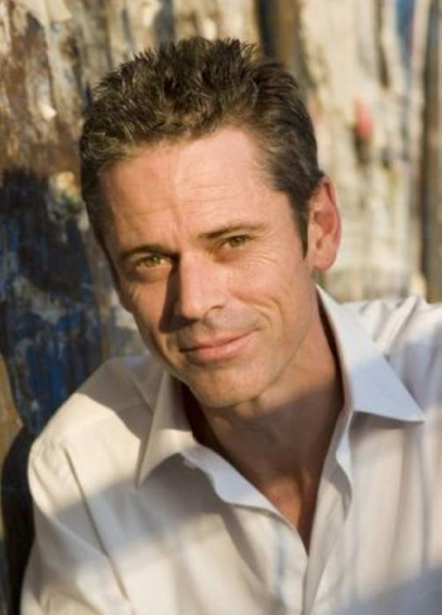 The son of a professional bull-rider turned stuntman, C. Thomas Howell started working in the film industry at the age of 7. In 1981, he was cast as 'Tyler' in Steven Spielberg's E.T. The Extra Terrestrial. Shortly thereafter, he nabbed the lead in Francis Ford Coppola's classic The Outsiders, starring opposite the likes of Diane Lane, Patrick Swayze, Matt Dillon, and Tom Cruise. It was Howell's gripping performance as the tough, yet vulnerable, 'Ponyboy Curtis' in The Outsiders that made him a household name virtually overnight.

Earmarked as one of the most promising young actors of the 1980s, Howell's career soon skyrocketed with roles in films such as the cold war invasion drama Red Dawn, the classic psychological thriller The Hitcher, and the hilarious but controversial college farce Soul Man. Since then, Howell has been in consistent demand with filmmakers for the last twenty-five years, appearing in favorites such as That Night, Gettysburg and Hidalgo.

Tommy can be seen as the unpredictable Officer Bill "Dewey" Dudek in the TNT smash drama Series Southland and as the serial killer "The Reaper", on CBS' Criminal Minds. His recent television appearances include The Glades on A&E as well as Torchwood on the Starz Channel. He also just filmed a key role in Sony's upcoming SpiderMan reboot.

A budding film director as well, he has directed a number of films including The Big Fall, Pure Danger and Edgar Rice Burroughs The Land That Time Forgot.

Outside of his acting career, Howell is an accomplished team roper and spends as much time as possible with his three children, Isabelle, Dashielle and Liam.